We provide a regular door to door service, from as small as moving a box to as big as moving a large family house, our service is flexible enough to meet all your requirements, ensuring your international removal to or from Portugal or Spain is handled as efficiently and economically as possible.
All our vehicles are fitted with satellite tracking, and in-cab telephones for minute-by-minute monitoring and first class security.
Door to door removals covering household, office, antiques and cars are achieved by road (ferry/tunnel) as a full or part load to or from any of the above countries. Please contact us for further details or to arrange a free no obligation estimate for your removal to or from Portugal or Spain.
References are available upon request.
National and International Removals to / from Portugal International Removals to / from UK and all Europe. 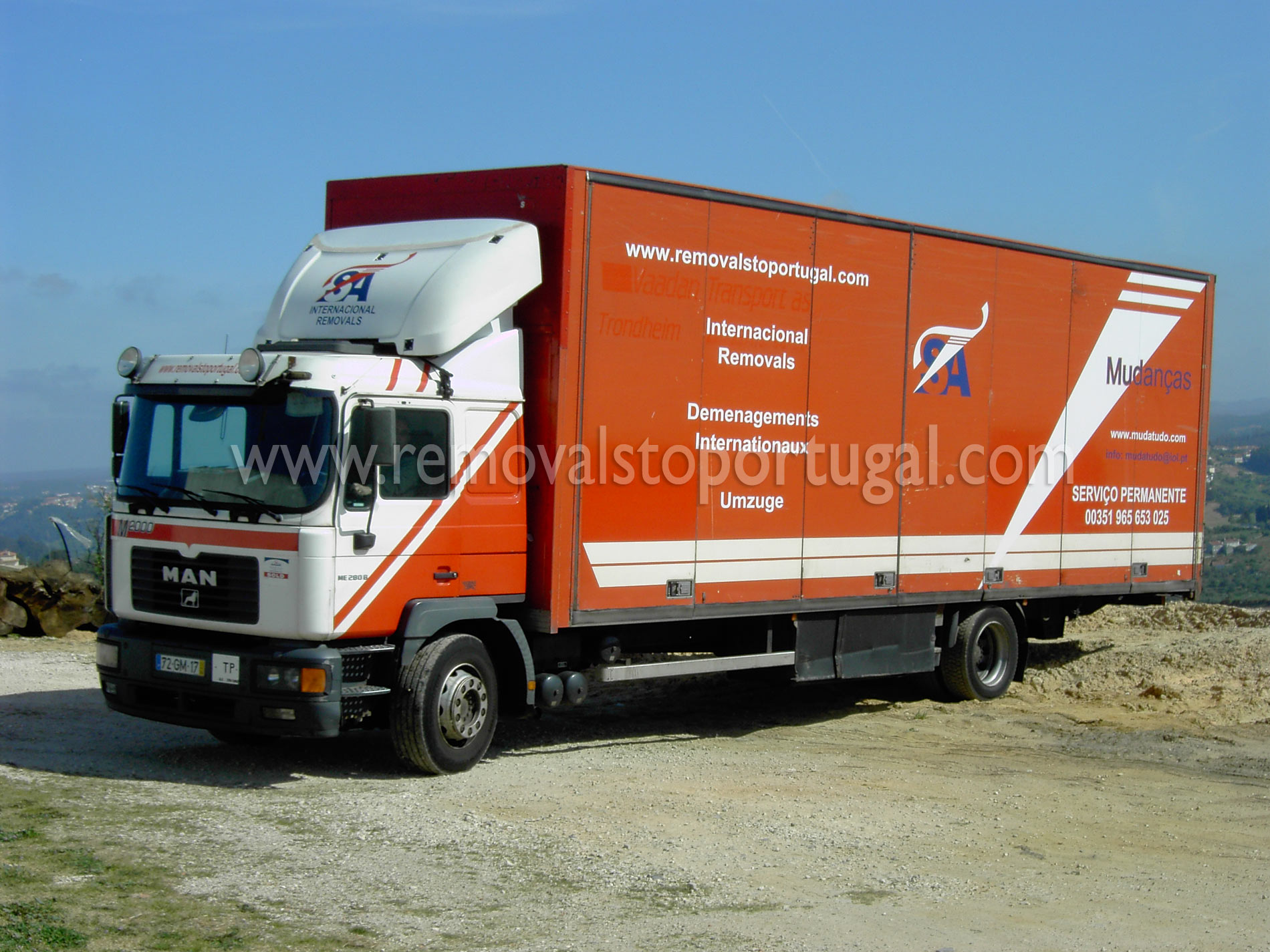 Removalstoportugal.com have been at the forefront of the removal industry for more than 20 years, carrying out professional, careful removals, shipping and storage services for the most discerning families and businesses.
We specialise in International, European, Local and National, Storage, Office and Commercial and Corporate Relocation. We can offer Customs Clearance services on removals to and from Portugal and Worldwide!

We specialise in full or part load removals whether you are moving 1 box or a full house we have the solution and resources to make your move stress free, using our own professional staff and vehicles in all countries. We also offer full or part packing and wrapping service as well as offering high quality secure storage facilities in the UK and Portugal
We provide professional, comprehensive and efficient services, combined with the personal touch. Experienced trained staff of many years co-ordinate the road services to and from all European destinations. Removalstoportugal.com has a road transport service available to cater for small to very large moves. 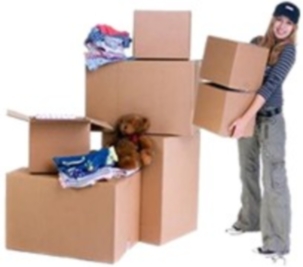 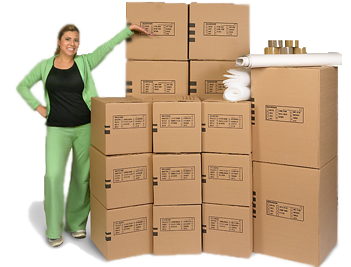 Removalstoportugal.com have been at the forefront of the removal industry for more than 20 years, carrying out professional, careful removals, shipping and storage services for the most discerning families and businesses.
We specialise in International, European, Local and National, Storage, Office and Commercial and Corporate Relocation. We can offer Customs Clearance services on removals to and from Portugal and Worldwide!

We specialise in full or part load removals whether you are moving 1 box or a full house we have the solution and resources to make your move stress free, using our own professional staff and vehicles in all countries. We also offer full or part packing and wrapping service as well as offering high quality secure storage facilities in the UK and Portugal
We provide professional, comprehensive and efficient services, combined with the personal touch. Experienced trained staff of many years co-ordinate the road services to and from all European destinations. Removalstoportugal.com has a road transport service available to cater for small to very large moves.

Our warehouse is maintained to a high standard and items are
stored carefully and with the needs of our clients always in mind.

We have full storage facilities in the CENTRAL PORTUGAL, Lisbon, Faro and Porto and all our facilities are purpose built storage warehouses which are secure and alarmed
We can offer loose storage or full packing case storage boxes which come in different sizes to suit your needs.
Both warehouses are operated by our own experienced English and Portuguese speaking staff and we have loading bays to enable Portugal Removals to either load or unload export containers for Worldwide Shipping.
We will assist with any storage needs that you the customer may have, short or long term.

Regular door-to-door service for local, national and international removals, full or part load removals throughout from Portugal to and from Europe. We covers household goods, offices, antiques and cars. Moving services worldwide, Customs Clearance and storage.
We Really Care!
Contact us for a free no obligation quote!

The move of your company or residence begins with the contact and description of the goods to be carried.

When necessary, a visit by a qualified member of our staff will be arranged to check the inventory, of belongings to carry and the packing requirements.

A detailed, estimation of cost for the requested service will then be presented to the client.

Our services and items carried are fully insured. This comprehensive insurance is given so that our clients may be sure that their possessions are adequately covered whilst in the possession of our company. 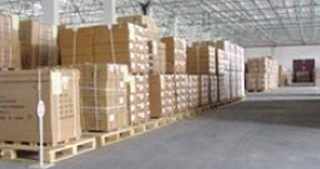 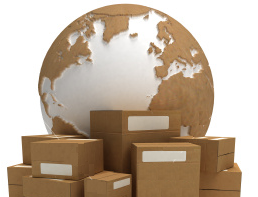 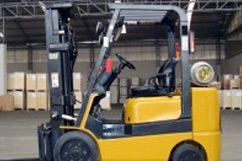 Transportes Senhora da Agonia, Lda
is a company specialized in all kinds of removals.
Local Removals | National Moving | International Moving | Moving Express 24.
We have several teams in transit throughout the country and also with regular service in several countries in Europe, Americas, etc…
Since 1986, and ever ready to carry what you need where necessary.
Expect a leader to removals their national or international
Transportes Senhora da Agonia, Lda storage furniture.
We offer coverage in national and international nationally
Transportes Senhora da Agonia, Lda account at all delegations with specialist teams in removals houses, apartments, businesses or offices, storage guardamoveis, transport of pianos, local, national and international
With nearly 20 years of experience, our company’s core values are professionalism, trying to provide all services with maximum quality and competitive prices, aiming at customer satisfaction.
We have the ability to adapt to the particular needs of each client by adjusting n / budgets and services individually to each.
We have outdoor lift, very useful in certain services
We have temporary storage and furniture stores where the customer only pays for the space it occupies.
We also have service removals under the groupage or public transport between cities with great distance between themselves in order to optimize routes and provide better prices for the customer. Contact us for more information about this service. (+)

Portugal has much more to feel.
Portugal has some of the destinations but fascinating Iberian Peninsula.
Lisbon, Porto, Coimbra, Algarve, Alentejo, Ribatejo, Aveiro, Viseu, Guarda, Braga, Guimaraes, Santarem,
The sea, the beaches, people, smiles, nature, gastronomy, so much to live.

With its mild climate, 3000 hours of sunshine per year and 850 kms of splendid beaches bathed by the Atlantic Ocean, Portugal is the perfect holiday destination all year round.

This is a country that has the oldest borders in Europe, with an exceptional range of different landscapes just a short distance away, lots of leisure activities and a unique cultural heritage, where tradition and modernity blend together in perfect harmony. Its superb cuisine, fine wines and hospitable people make this a tourist paradise of the highest quality.

Situated in the extreme south-west of Europe, just a few hours from any of the other European capitals, Portugal attracts visitors from all over the world.
Come and discover the charms of this country too.

GEOGRAPHY
Portugal is situated at the south-west point of Europe and also includes the Madeira and Azores archipelagos in the Atlantic Ocean. Mainland Portugal occupies an area of 88,889 km2. It is 218 km wide and 561 km long. It has 832 km of Atlantic coast and a 1,215 km border with Spain.

The Azores are situated in the Atlantic Ocean between Europe and North America. They have an area of 2,355 km2 and consist of nine islands – São Miguel and Santa Maria in the Eastern Group, Terceira, Graciosa, São Jorge, Pico and Faial in the Central Group and Flores and Corvo in the Western Group. It takes about two hours to get from the Azores to mainland Portugal by plane.

The Madeira Archipelago has an area of 741 km2 and lies in the Atlantic Ocean about 500 km from the African coast and 1,000 km from the European continent (1½ hours flying time from Lisbon). It consists of the islands of Madeira and Porto Santo and the uninhabited Desertas and Selvagens islands, which are nature reserves.

CLIMATE
Mainland Portugal
The climate in Portugal varies considerably from one region to another and is influenced by the relief, latitude and proximity to the sea, which offers mild winters, especially in the Algarve.

In the Porto e Norte area and Beiras region, particularly inland, nearer Spain, the winters are colder, although the temperatures are still mild when compared to the rest of Europe. There is some snowfall. It occurs most in the Serra da Estrela mountains, where we find the highest point in mainland Portugal (1,991 m) and where it is sometimes possible to ski.

The summers are hot and dry, especially in the inland areas (Trás-os-Montes in north-eastern Portugal and Alentejo). Temperatures are slightly lower in the coastal areas, because of the influence of the sea.

There are often warm, sunny days in autumn. Nice weather at the beginning of November is often called “St. Martin’s Summer” as this saint’s day is on 11 November.

Azores
The climate in the Azores is influenced by the islands’ latitude and by the Gulf Stream, and temperatures are mild there all year round. The same factors also influence the sea temperature, which is very pleasant both in winter and summer and ideal for nautical sports all year round.

Madeira
The subtropical characteristics of the weather in the Madeira Archipelago can be explained by its geographical position and mountainous relief. The climate in Madeira is exceptionally mild, with average temperatures varying between 24 ºC in summer and 19 ºC in winter.
The sea temperature is also very pleasant all year round, thanks to the influence of the warm Gulf Stream. It varies between 18 ºC in winter and 22 ºC in summer.

POPULATION
Portugal has a population of about 10 million.
The population density is at its greatest in Lisbon, the capital and its suburbs, where about 1.9 million people live. The second largest city in Portugal is Oporto in the north.
Generally speaking, there are more people living in the country’s coastal regions than in the inland areas.

RELIGION
The majority of Portuguese are Catholics, but the Portuguese Constitution guarantees religious freedom and there are a number of different religions in Portugal.

LANGUAGE
From a Latin root, Portuguese is spoken by about 250 million people in every continent, and is the 5th most spoken language in the world and the 3rd, if we only consider the European languages.

The Portuguese-speaking countries are scattered all over the world. Portuguese is spoken in Africa (Angola, Cape Verde, Guinea-Bissau, Mozambique and São Tomé e Príncipe), in South America (Brazil) and in Asia, (East Timor, the youngest nation in the world), and it is also the official language in Macao Special Administrative Region of China.

In Portugal there are lots of people who are able to communicate in English, French and Spanish. (+) 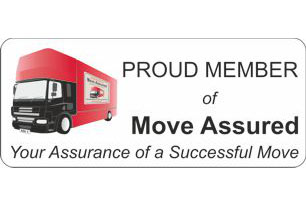 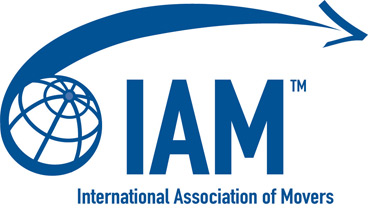 /%postname%/
#D00000
Sort Gallery
https://www.removalstoportugal.com/wp-content/themes/yunik-installable
on
yes
yes
off
on
off
Newsletter Input text
on
off